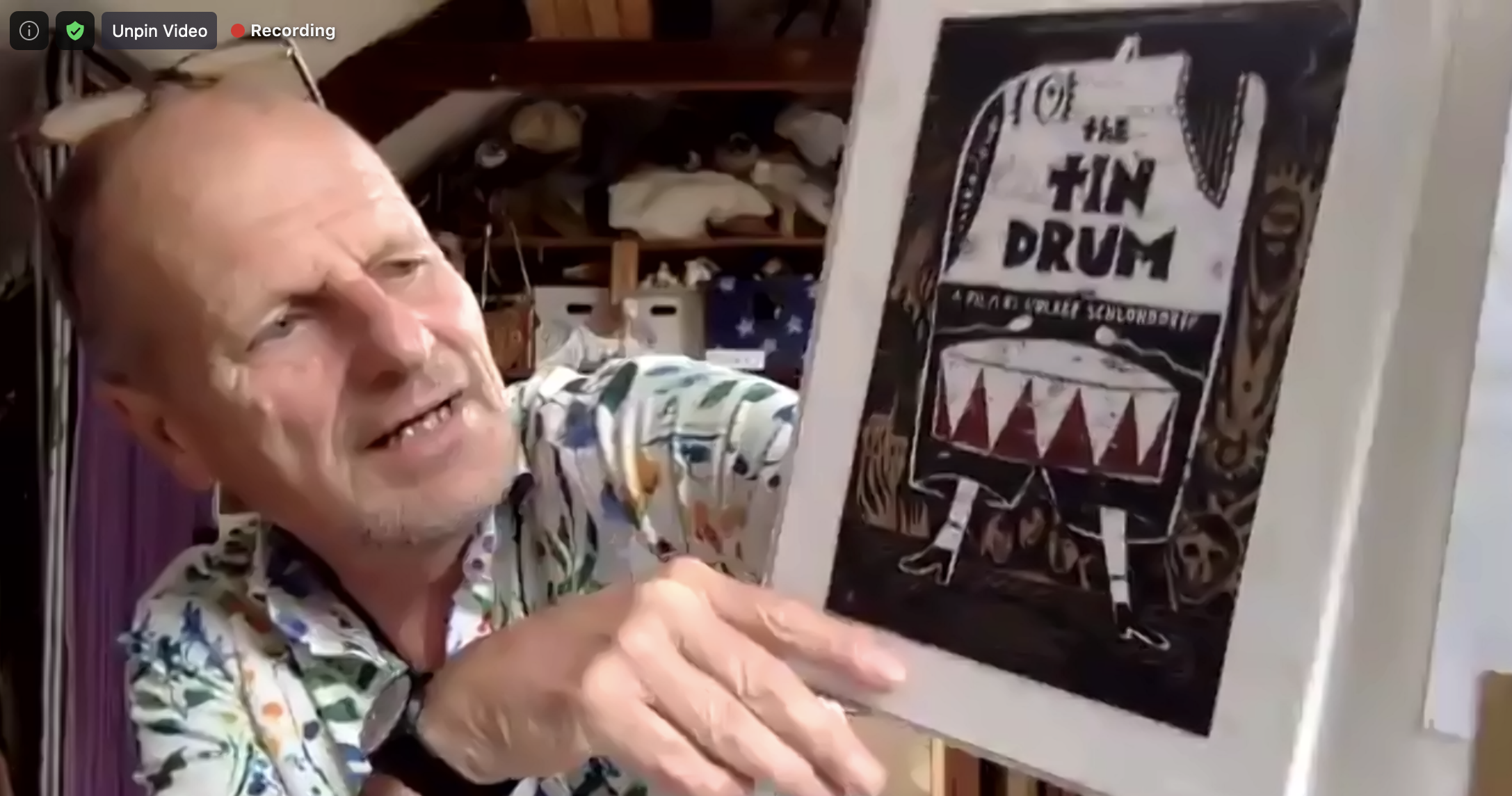 Posted at 12:09h in blog, Uncategorized by admin
0 Likes

Following on from last week’s workshop around nurturing an initial creative kernel, Mike Shepherd led a session about the next stage of his process. His main gist was a simple pearl of wisdom: “Hold Your Nerve”. 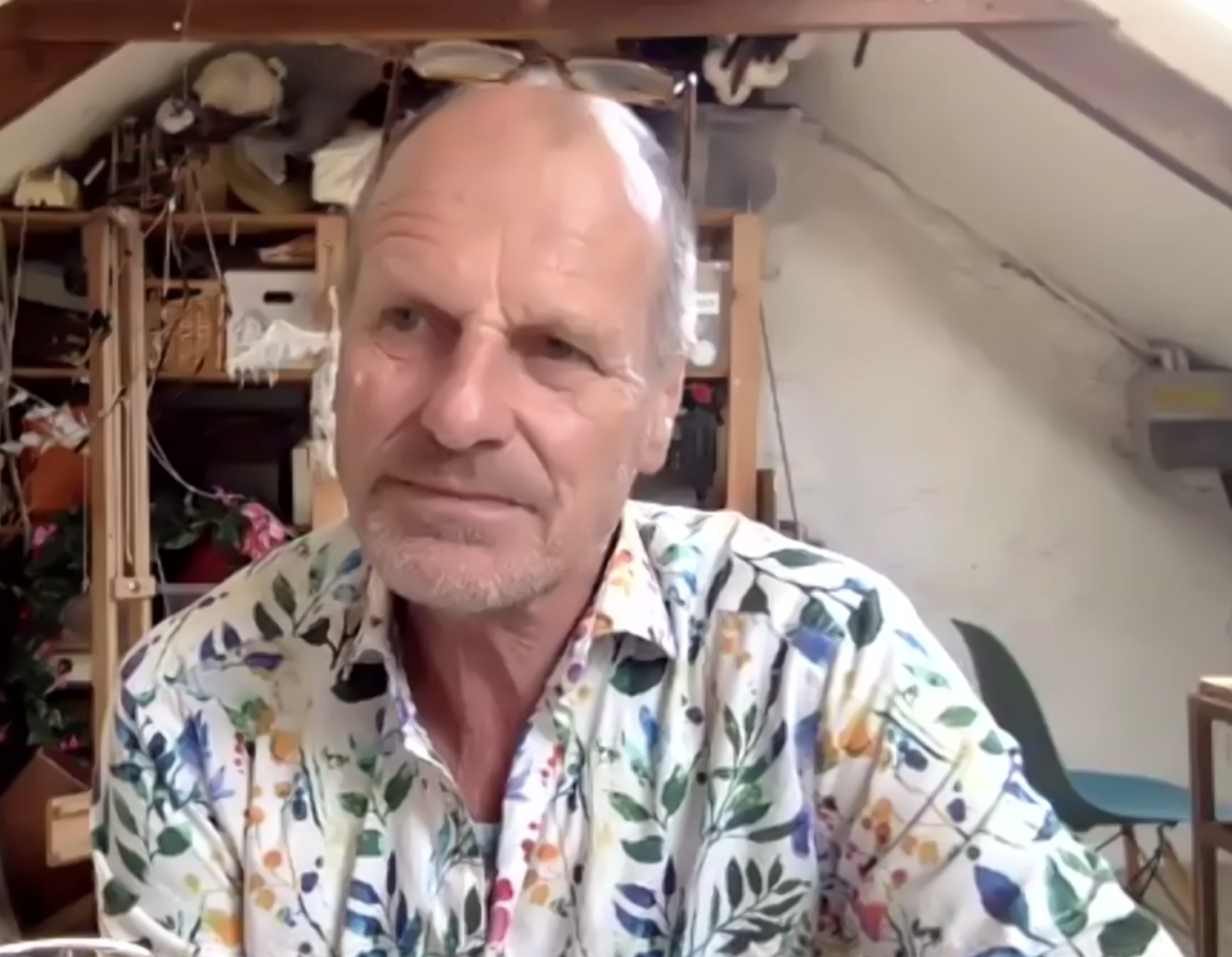 Mike was clear that he has never had a one-size-fits-all approach to this next stage of development; different ideas will necessitate different processes to see them through to fruition. One common thread, however, are his notebooks, in which he collects quotes, images and observations that feel resonant. These collections, after a time, are edited- and it is through this process of editing and extraction that he can often discover what it is he finds thematically interesting about a given idea. This knowledge will then go on to form the basis of larger production decisions.

Above are some of the pages from Mike’s notebooks as he prepared for Kneehigh’s “Tin Drum” and “Dead Dog in a Suitcase”.

He also spoke about the importance of knowing why you want to tell a particular story; if you were to boil it down, what is the key theme that drives you. For example, when approaching John Gay’s Beggars Opera, the nugget that grasped Mike’s attention was Gay’s original reason for writing. He wanted to create an opera for the people; a kicking back against the ruling class. Once Mike had identified that he wanted to honour that intention, it led to research decisions that quickly began to shape the eventual production. He looked at other popular theatre forms that are inherently political, such as transcripts from original Punch and Judy shows. (Punch became a defining feature of Kneehigh’s eventual production, “Dead Dog in a Suitcase”.) 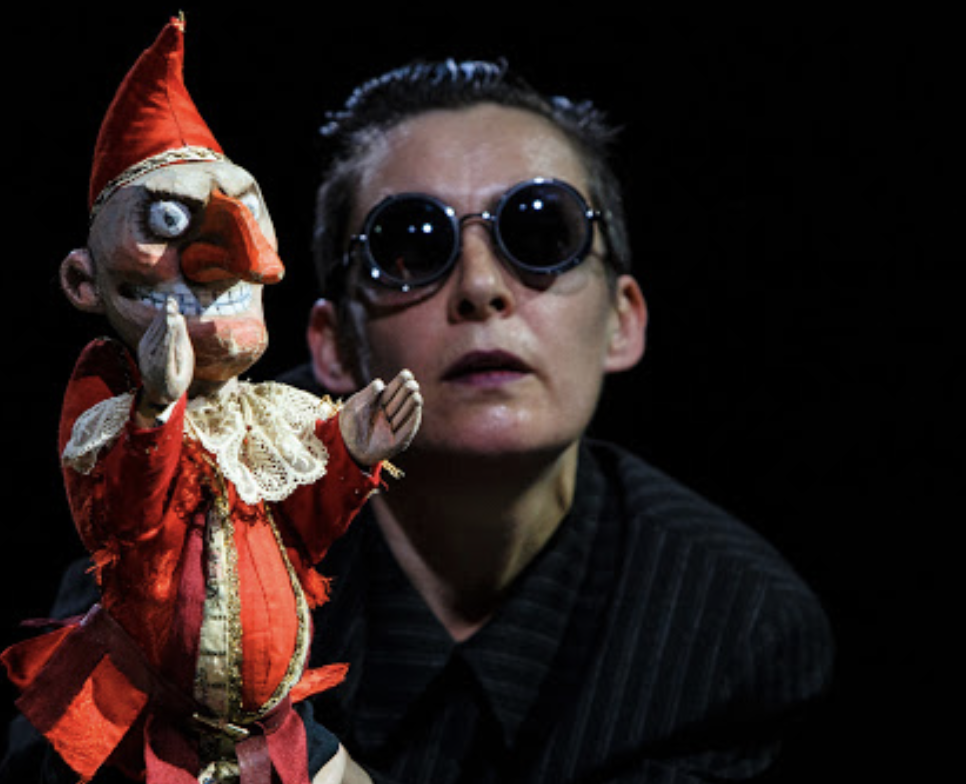 After talking about his own research and storyboarding process, Mike then led a few exercises around adaptating existing stories for theatre, as another possible way into material.

We considered the character of the Emperor in the children’s story “The Emperor’s New Clothes”. As a group we supplied lists of adjectives that are applicable to the Emperor: egotistical, silly, stupid, daft, greedy, vain, gullible, pompous, confident, selfish, delusional. We then put those groups into families of words without too much brow-beating: egotistical, vain, pompous, confident, selfish/ daft, silly, stupid/ gullible, delusional. By selecting just one word from each family, we refined our original list into just three words. These three words could then act as a springboard for a performer creating that character.

Another exercise, this time concerned with narrative, was to take a story and reduce the entire arch into five chapter headings. For example, the Three Little Pigs might become:

In doing this, you manage to create stepping stones through a narrative, that can help you as your approach devising/ story boarding.

Our Tuesday sessions are made possible thanks to the generous support of Arts Council England.