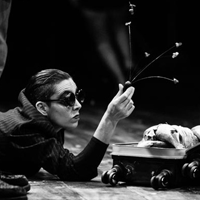 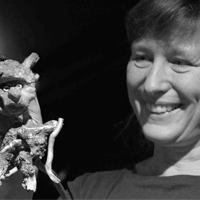 RENE BAKER Director and Teacher
Rene specialises in puppet and object theatre, with over 25 years professional practice as a performer, director, designer, researcher and pedagogue. She trained at the Little Angel Theatre (London) and from 1992-1998 was a core member of the creative team at Norwich Puppet Theatre (UK). 1998-2005 she taught puppet manipulation at the Central School of Speech and Drama (London) and 2005-2010 lectured in visual theatre and directed performances at the Institut del Teatre (Barcelona). 2010-2012 she was a full-time guest teacher in the puppetry and circus departments of the Turku Academy of Arts in Finland. Rene is currently working in the UK as a freelance director, trainer and coach in puppet and object theatre. 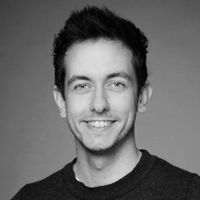 TOBY OLIÉ Puppet Director and Designer
Toby is a director, designer and performer who trained in puppetry at the Royal Central School of Speech and Drama. He is founder and co-artistic director of Gyre & Gimble, a theatre company specialising in puppetry.
Toby was a puppeteer of Joey in the original company of War Horse (National Theatre), on leaving the show as a performer in 2011 he was made an associate puppetry director.
He co-directed and designed the puppets for The Elephantom (National Theatre & West End) as well as creating puppetry for: The Light Princess (National Theatre), Disney’s new staging of The Little Mermaid (Holland, Moscow & Tokyo), Alice’s Adventures in Wonderland (Royal Ballet), Goodnight Mister Tom (West End & UK tour) and Running Wild (Chichester Festival Theatre). 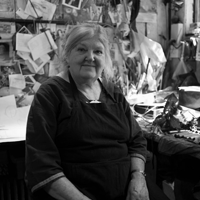 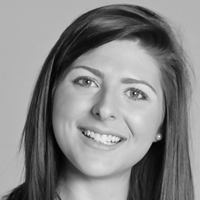 Lucinda is a skilled practitioner in both the spoken and singing voice supported by her Distinction at Masters level in ‘The Practice of Voice and Singing’. She has worked with many accomplished and reputable individuals and organisations including West End Shows, Recording Artists, University Programmes and Corporate Organisations.

Lucinda is a strong believer that every person has the right to free and dynamic voice, and is keen to facilitate this through her in depth knowledge and talent in teaching & coaching. 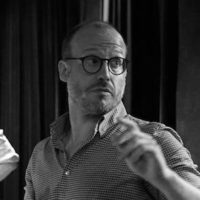 His books include Puppetry: How to Do It, The Horse’s Mouth, and The Journey of The Tall Horse. Awarded an Arts Foundation Fellowship 2010 for his work in puppetry. 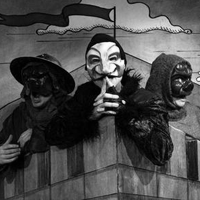 Howard has worked for over 25 years as a director, performer, playwright, and teacher specializing in Commedia dell’Arte and other forms of physical, mask and puppet theatre. He co-founded Ophaboom Theatre, England’s premier Commedia company, directing many of their shows and touring extensively in the U.K. and Europe including Venice Carnival; Almagro festival, Spain and National Theatre, outdoor summer festival.

He has also performed and directed shows at the Little Angel Theatre and Norwich Puppet Theatre. Directing at LAT includes: Musicans of Bremen, Selkie Bride, Romeo and Juliet and King Arthur. 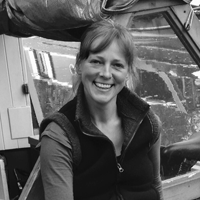 Rachel Leonard has been performing with puppets for 21 years, predominantly with Marionettes, Rods, Shadows and Bunraku.  She trained at the Little Angel Theatre and The Puppet Theatre Barge.

She is delighted by the telling and receiving of stories and is fascinated by the language of movement in all its tiny detail.  Her work at Little Angel includes: The Journey Home, Sleeping Beauty in the Wood, Angelo, The Little Mermaid and many more.  With Kneehigh: A Very Old Man with Enormous Wings and Rambles.  With The RSC: Venus and Adonis, and with The National Theatre: War Horse.  She has also directed puppetry for the RSC and New Perspectives Theatre Co, and collaborated with many theatre makers to help devise new puppetry work. 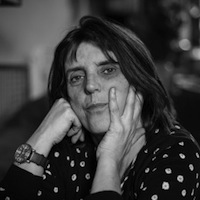 ANNA MARIA MURPHY Artistic Director of the Story Republic
Anna is a long-term member of Kneehigh latterly as a writer including Red Shoes and Tristan and Yseult. Anna has written for C-scape Dance, Theatre Alibi, Rogue, BBC Radio 4 and scripted The Very Old Man With Enormous Wings for Little Angel Theatre. 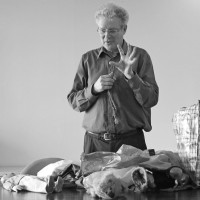 Ronnie Le Drew, has been a professional puppeteer for 51 years. He started at the age of 15 at The Little Angel Theatre where he worked with the founder director John Wright learning how to manipulate Marionettes, Rod, Glove and Shadow puppets. Ronnie has since toured the world with the company and directed numerous productions. Screen work includes Labyrinth and Two Muppet Movies with Jim Henson and Rainbow for Thames TV, in which he operated Zippy. He has taught puppetry at The Little Angel, The Norwich Puppet Theatre, The Royal Central School of Speech and Drama and The London School of Puppetry of which he is now Patron. 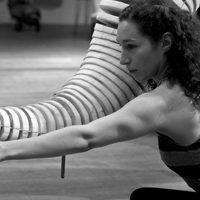 AVYE LEVENTIS
Avye trained at the Lecoq school in Paris (2005-7) and particularly enjoys combining acting with devising, movement and puppetry work.
She has acted and puppeteered in, amongst others, War Horse and Elephantom (National Theatre), Faeries (ROH), Brief Encounter (Kneehigh Theatre), A Very Old Man with Enormous Wings (Kneehigh and Little Angel), Something Very Far Away (Unicorn) and The Adventures of Curious Ganz (Silent Tide). Film includes working as movement artist and puppeteer on Gravity, Paddington, Pan, and as an actress and motion capture artist on Andy Serkis’ Jungle Book: Origins (all Warner Bros) 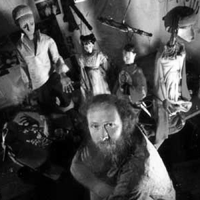 John founded PuppetCraft in 1990 and has since presented a wide range of shows and workshops to a spectrum of audiences. PuppetCraft is noted for combining beautifully crafted puppets with specially composed music.

He was Deputy Director of the Little Angel Theatre for 10 years performing and coordinating tours to international festivals around the world.

John has tutored a Puppetry module at Dartington College of Arts and annually runs professional wood carving courses in London and in Devon.

He was awarded Puppet Centre/Arts Council bursary to study traditional puppetry in China for 7 months and was nominated for the Lawrence Olivier Awards for outstanding achievement. 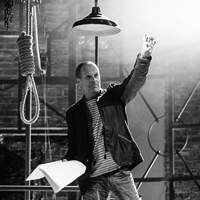 MIKE SHEPHERD Kneehigh – Joint Artistic Director
Mike Shepherd started Kneehigh in 1980 and has worked almost exclusively for the company ever since. Mike is an actor, director and teacher and has an ongoing preoccupation with the conditions of creativity.
As well as touring the world as a Kneehigh actor, Mike runs the Rambles programme with Anna Maria Murphy, is director of Dead Dog in a Suitcase (and other love songs) which tours this year and is a pioneer of Kneehigh’s transformable and transportable venue, the Asylum. 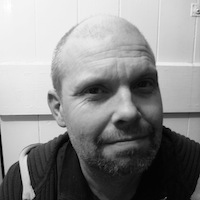 Steve formed Indefinite Articles with his partner, Sally Todd, in 1995 making theatre from objects and materials (Claytime) and for Opera Group’s The Firework Maker’s Daughter and John Adams’ El Nino.

As a performer Steve won an OBIE as part of the team that created Improbable Theatre’s 70 Hill Lane and Animo.

Steve was Artistic Director at the Little Angel Theatre where he directed twelve shows including Jabberwocky, Fantastic Mr Fox and The Mouse Queen. 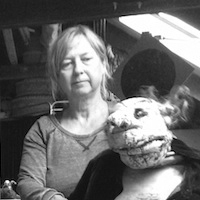 Liz Walker was a founding partner and joint Artistic Director of Faulty Optic.

She trained as a puppeteer at Little Angel Theatre and her interest in kinetic sculpture, 3D animation (especially the work of Jan Svankmajer and the Quay Brothers), dance and all things bizarre and surreal, combined to create a unique form of puppetry for adults, that has inspired many puppeteers and theatre practitioners working in the UK and abroad.

Of Fish, Clay Perspex: “It boasts the best pincer-legged ballet by armless men on polystyrene that I’ve ever seen.”  Time Out