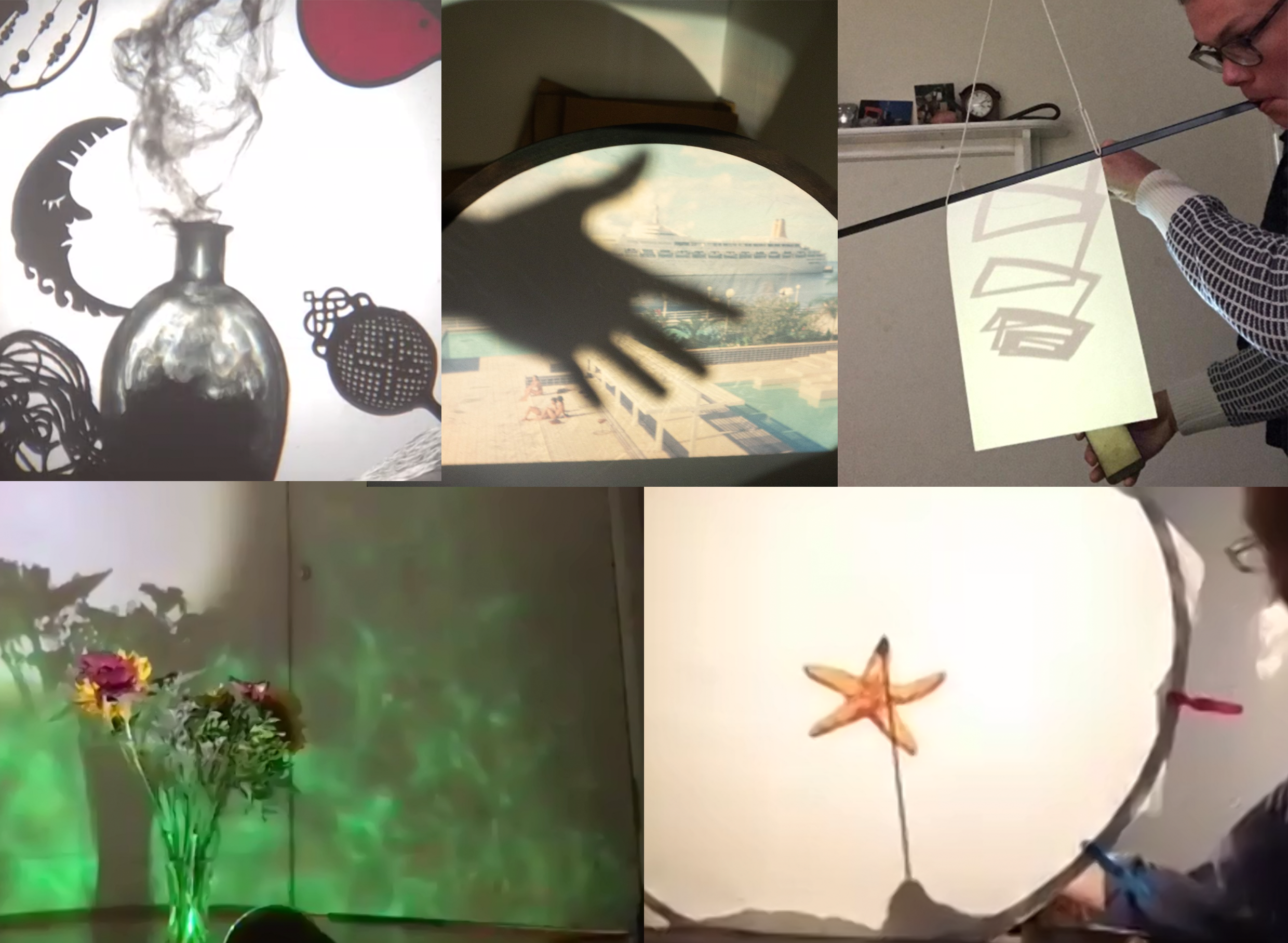 This week, puppeteer and puppet director Steve Tiplady of Indefinite Articles led a session about all things Shadow. His work tends to play with three variants: the light source, the screen and the material.

He started by demonstrating different types of light sources on screen. Candles (first used in shadow puppetry in China 2,500 years ago) require the puppet to be held flat against the screen from behind, or they lose definition. Much later, in the 20th Century, halogen bulbs became an important part of the shadow puppeteers arsenal: the filaments are so small that the shadows remain crisp, enabling you to pull the puppet back from the screen and allowing for some adventures in distortion. A third option is LED bulbs (ie. phone lights; single source LED torches) A super-sharp shadow can be achieved, particularly if the reflector is removed, and the bulb wastes very little energy through heat, unlike halogen lamps that can become dangerously hot. At present, the options for smoothly dimming LED are still very expensive (16-bit dimming), so Steve favours halogen lamps that he can dim using an alpha pack and transformer set-up.

He also talked about the frequent use of Over Head Projectors, and how he tends to combine both stick lights (halogen) and multiple OHPs in his work. Over the years, he has found that that stick lights achieve an intimate quality, whilst the OHP delivers an epic quality, so using the two together allows for a play between an interior and exterior feel that can give work greater texture.

He then covered the benefits and constraints of various types of screen.

Steve favours the lycra screen as he can live with the hot spot, and the flexibility is exciting from a theatre-making point of view. In Indefinite Article’s The Magic Lamp, having a versatile screen meant it could start as small as a piece of paper, grow incrementally, and then eventually disappear. Flexibility with the form of the screen stops the audience from disengaging, particularly in longer shows.

Indefinite Articles is a company known for its choice of principal materials (Oil in The Magic Lamp; sand in Dust; clay in ClayTime). Steve touched on a little of his artistic process when creating a new project; he tends to start with the material, and the narrative or story is often born out of that decision. He heavily emphasised the need for unrestricted play with no pressure of an end product. When developing a show, he believes the available time should be split evenly between ‘play’ and ‘rehearsals’.

He demonstrated how he might approach a new possible object, trying the same plastic bowl on first the OHP, and then exploring it with a stick light. The different effects suggested would be noted, or filmed, and go towards a vocabulary of imagery that might be used in a final show.

The students also shared some of their experiments in shadow- with quite a range of make shift screens, light sources and objects at hand. Here are some of the discoveries:

Our Still Curious sessions are enabled by the generous support of Arts Council England.